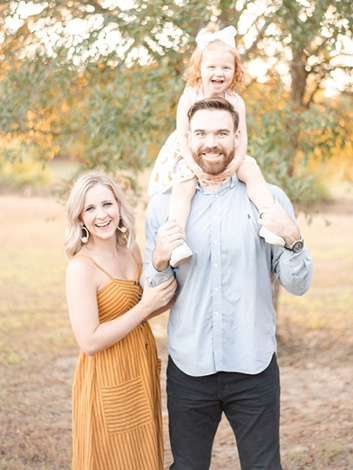 Chris is originally from Tuscumbia, Alabama. He moved to Mobile in 2010 to attend the University of South Alabama, where he also played football. He began his career in the insurance industry in 2017, working for a captive agency for two years before opening LTN Insurance Services LLC in late 2019. Chris is passionate about helping others and truly cares about his clients. In his free time, he loves to spend time with his wife and daughter, play basketball, and pursue his real passion: searching for the best food in town. 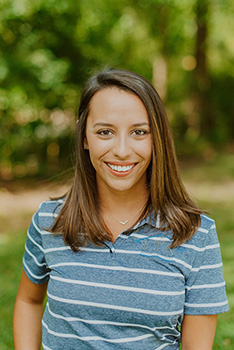 Brittney is originally from Southern California but was raised here in Daphne, AL since she was 7 years old. In 2016, she moved to Baton Rouge where she began her career in Insurance. Brittney has had the opportunity to live in metropolitan cities like Houston and Baton Rouge as well as smaller communities like Dickinson, North Dakota. She has happily settled back in to life on the Gulf Coast with her husband and dogs. She enjoys living close to the beach and enjoys spending time with her husband, Chase, and two dogs Mellow and Penny.

A word about Brittney from Chris – Brittney joined us in the spring of 2021. Since joining us, Brittney has helped drastically improve our office culture, efficiency, and our all around operations. She helps us out with so many things behind the scenes that help us run smoothly and serve our clients. She has a desire to help other that is evident in the way she goes about her day. She has been nothing short of excellent since she joined our team. We are extremely lucky to have her on our team! 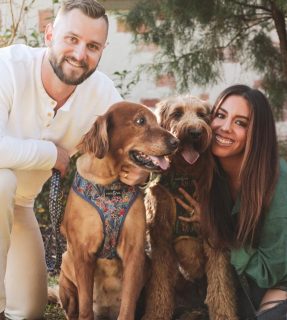 Sam has been a resident of Baldwin County the majority of her life. She has had the pleasure of living in Cancun, MX previously but would not change living here for anything. She came over to LTN after almost 7 years in pediatric dentistry and has thoroughly enjoyed this change in career. Sam finds pleasure in the little things in life such as nature walks with her two dogs, CrossFit workouts with her husband and reading books by the pool or beach.

A word about Sam from Chris – Sam joined us in the Spring of 2022. Although she had never worked in an “office” job before she hit the ground running! Her attention to detail and willingness to accept a challenge immediately made an impact on the office. She has a desire to grow and improve that is greatly appreciated. She has been an excellent addition to the LTN team! 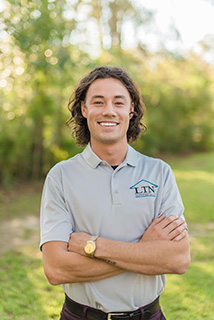 Zack is originally from Montgomery Alabama.  He moved to Fairhope in 2012, and shortly after moved to Atlanta Georgia.  In Atlanta, he attended a Ministry School, and worked with several different ministries around the world.  After returning to Fairhope in 2016, He attended Waldorf University and graduated with a Bachelor of Applied Science in Organizational Leadership.  You may have seen him around town working at Master Joes, Wok by’D Bay, or Shanghai Cottage. He is passionate about youth development, music, and the creative world. He enjoys spending time with the people around him and learning about other cultures around the world.

A word about Zack from Chris – Zack joined us in mid 2021 and has been a huge addition to our team. His bright and positive outlook always improves the mood of the people he is around. After working in the restaurant industry he decided to take on a new challenge in insurance and has excelled! He genuinely cares about people and embodies our purpose to love and serve others through insurance. 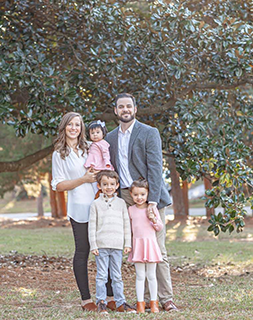 Derek lives in Fairhope with his wife Bree, and three young children (Fisher, Gentry, and Nora) and joined LTN in the summer of 2021 after almost a decade in the Real Estate industry. After building a successful business around the primary focus of putting customer needs first, the transition to LTN was seamless. Using his broad experience, Derek is able to make sure the things that matter the most to you are protected properly. Whether it’s a home, vehicle, boat, or business – Derek would love to guide you through the insurance process and be a resource for you!

A word about Derek from Chris – Derek joined us after a successful career in real estate. His success and knowledge in that industry has quickly transitioned to success in insurance as well. He has a desire to always do things the right way and that shows in the way he interacts with his clients. He strives to make sure brings value and educates them on their insurance decisions. He also brings a quick-witted sense of humor to the office that always helps lighten the mood and keep everyone on their toes.